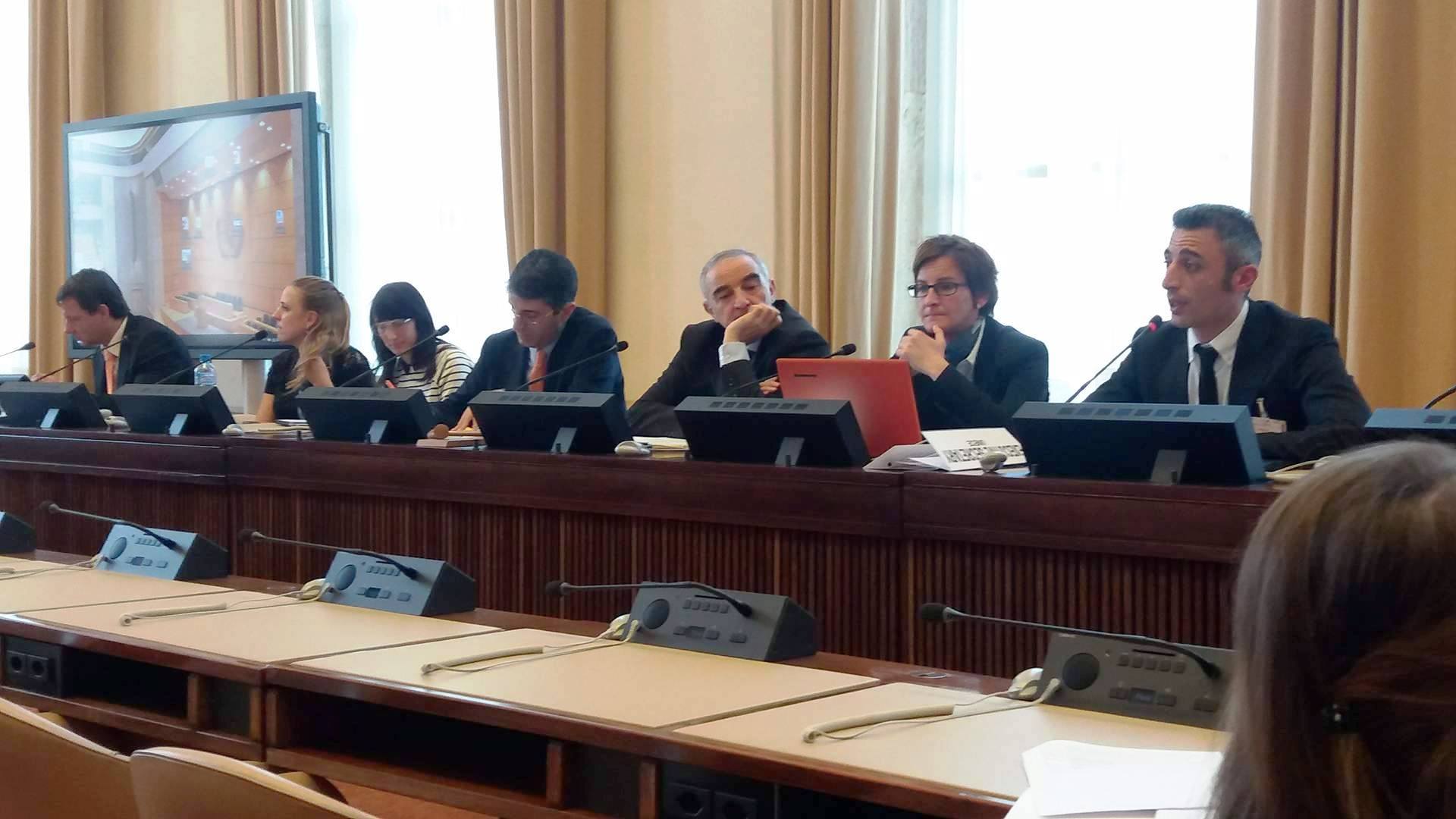 The United Nations Commission for Europe – UNECE held its Regional Forum on Sustainable Development 2017 – RFSD 2017 for the Agenda 2030 SDGs2030 in Geneva on 24-25.04.2017. CSOs from across Europe, Turkey and other regions in addition to representatives of various UN agencies such as UNDESA, UN Women, UNDP, UNFPA, and representatives of Member States participated in the RFSD Geneva April 2017.

DOZ e. V. participated in the Regional Forum of Sustainable Development on SDGs2030 as a local German CSO and also as Diaspora and Migrant Civil Society Organisation. The RFSD 2017 took place to develop policy and implementation strategies and plans on how to build an effective partnership and collaboration between Member States, UN agencies, and CSOs and to work together on improving engagement policies and means of implementation for the Agenda 2030 and the SDGs. On the other side, CSOs discussed with representatives and representatives of Member States on the importance of including all actors especially marginalised CSOs such as Diaspora and Migrants CSOs, LGBTQs CSOs, Elderly CSOs, Disabled CSOs, Youth CSOs, Farmers CSOs, Unions, and others those who play an essential role on local, national, and regional levels – as a preparation to include all actors before the High Level Political Forum on Sustainable Development  HLPF July 2017.

Mr. Abdulaziz Ramadan echoed the voice of Diaspora and Migrants in the RFSD 2017 and explained that the Member States and UN agencies cannot push the Agenda 2030 and its SDGs alone forward. He stressed the fact that SDGs 2030 cannot be achieved on time if CSOs are being excluded especially the local and regional marginalised CSOs those don’t have any official recognition under UN and those being excluded from participating in setting the mechanisms of implementation, engagement, monitoring, and evaluation of the Agenda 2030 and its SDGs.

Moreover, Abdulaziz Ramadan presented a statement with name of Diaspora and Migrant CSOs in Europe and on their essential role in filling the gap between INGOs and local CSOs from one side and between Member States, UN agencies and regional coordination. On the other side, Diaspora and Migrant organizations have the characteristic of implementing development projects not only in host countries but also in home countries and that is the broad goal of Agenda 2030. He stated at CSOs Forum: How can we be sure that no one is left behind from people in our globe if we have left many CSOs and actors those who play a major role in pushing Agenda 2030 and are not represented here at UN behind? Indication to HLPF 2016 – Leave No One Behind.

As the Agenda 2030 and its global SDGs is a new process Mr. Abdulaziz Ramadan explained that most CSOs and local organisation haven’t heard and/or don’t know what is all about. For example, Germany is one of the pioneering g countries that has sustainable development plan since 2002 and engaged with the SDGs since last year 2016 still is working to transform its mechanisms of implementations and engagement to include local CSOs in the SDGs 2030 process. In Germany we have more than 600,000 registered CSOs, community organizations, foundations, and NGOs but I assume that not more than 2% from them know and/or engaged with SDGs 2030 process. That is normal, because the Member States and UN agencies mechanism of engagement and implementation are not effective for the SDGs for they excluded a great number of actors from the planning and implementation process. Thus, the local communities will not know about SDGs because most of local and regional CSOs are not included to inform local communities and introduce the SDGs2030 to them. That is why it is very important to include and recognize officially the marginalized CSOs such as Diaspora and Migrants, Youth, Disabled CSOs, LBTGQs CSOs, Elderly CSOs, Farmers, and Unions so the great gap between Member States, UN agencies and local / regional communities can be filled.

Statement of Diaspora and Migrant CSOs at UNECE RFSD 2017: 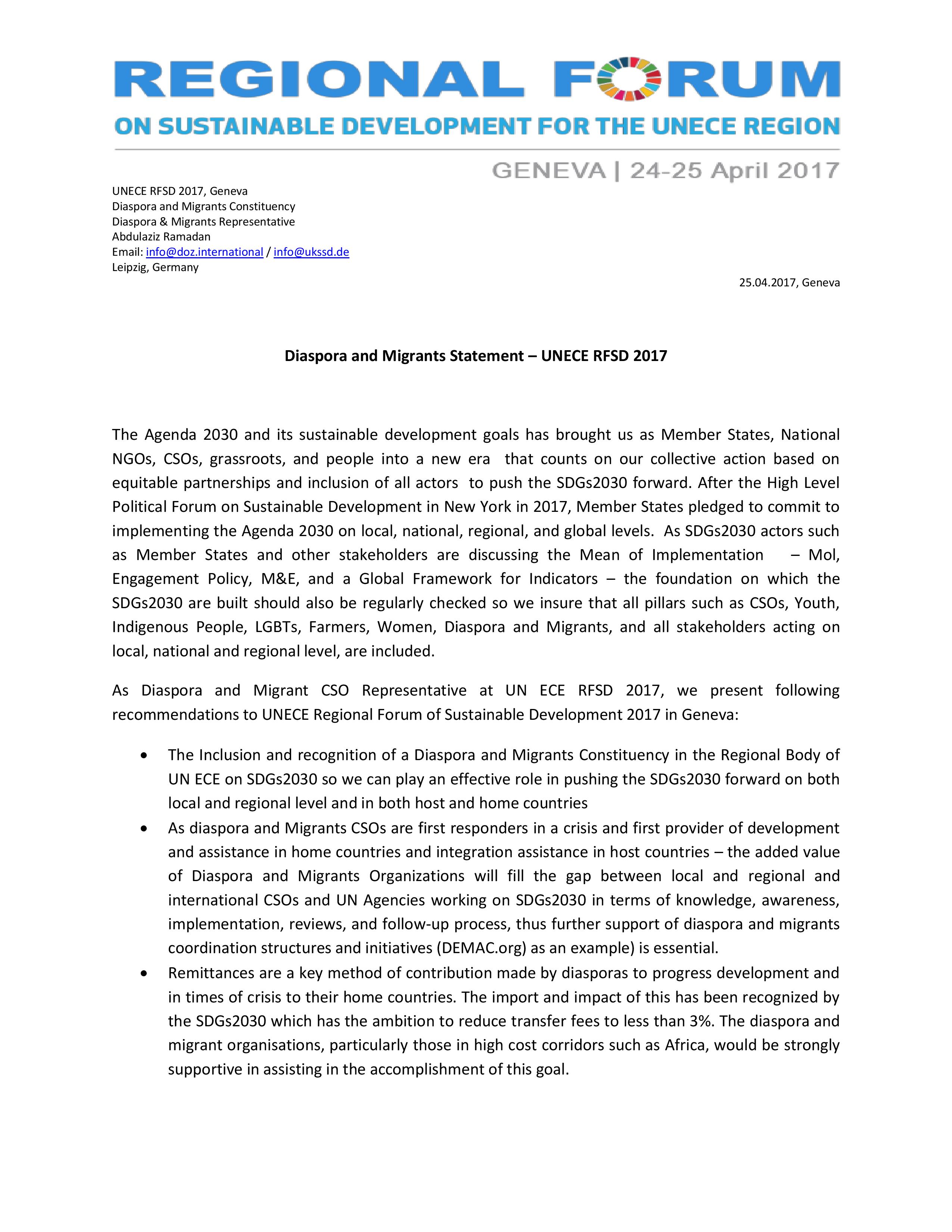 This site uses Akismet to reduce spam. Learn how your comment data is processed.

Please check your feed, the data was entered incorrectly.

Support People in Need in Syria 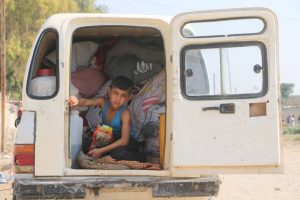 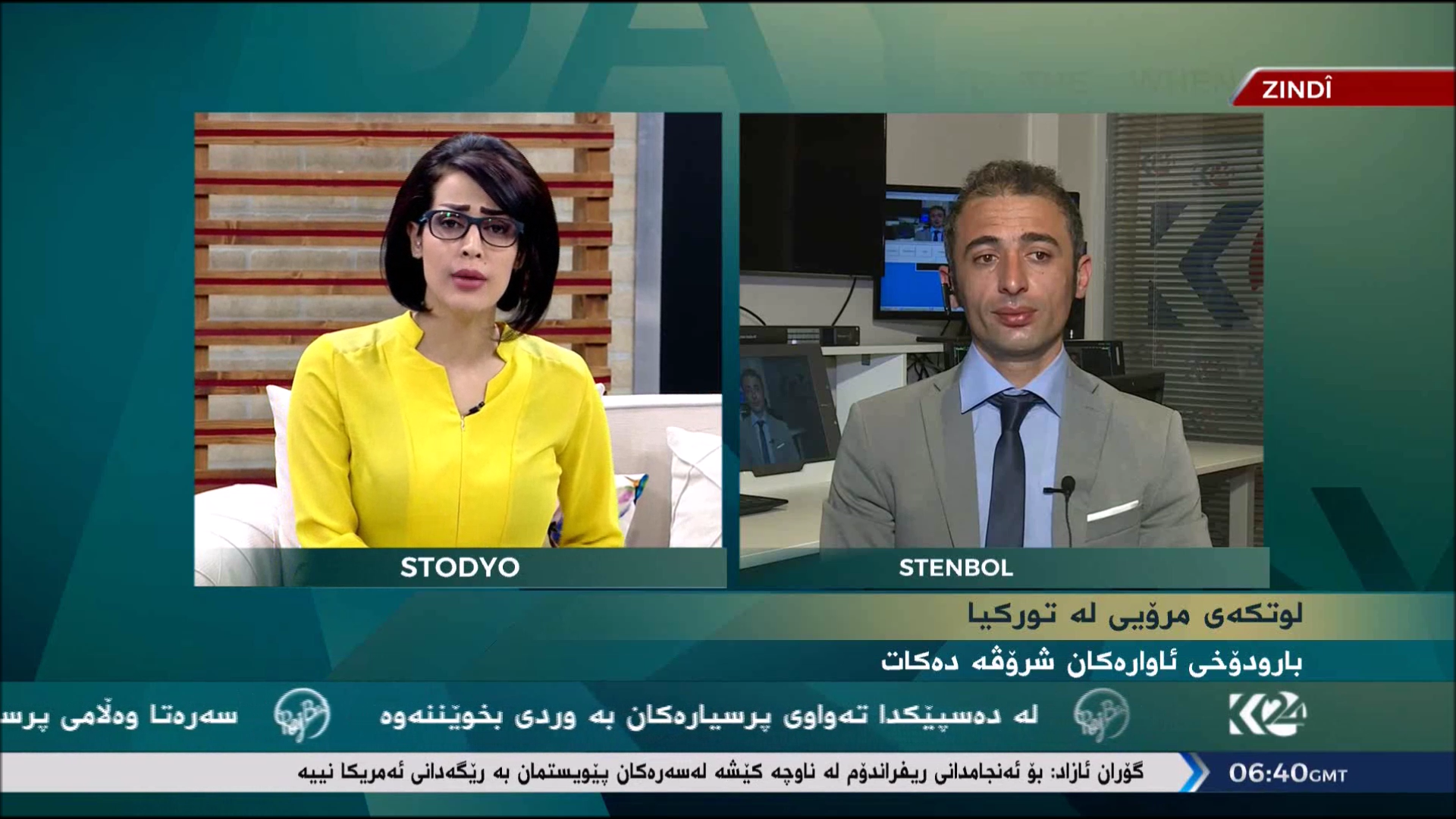 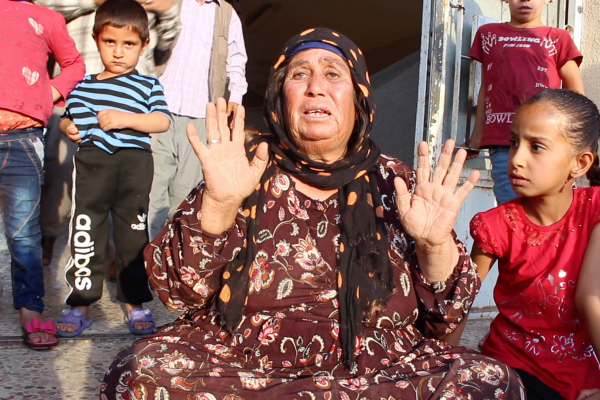 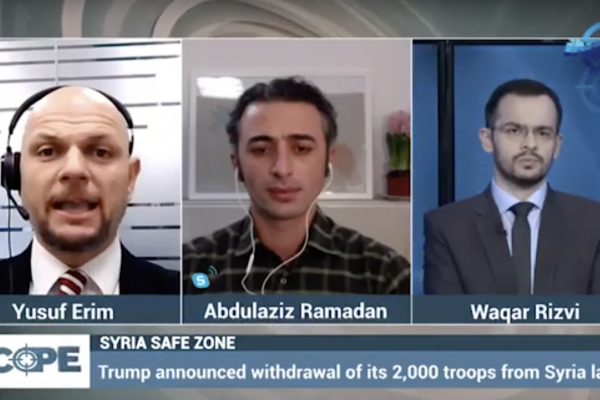